UDEN, The Netherlands – July 1st, 2021 – Acecore Technologies, a manufacturer of professional grade UAVs for data collection and surveillance markets, introduces a new commercial UAV: the Zoe Zetona. This new drone is a variation of the long-established Acecore Zoe, that enables operators to inspect various assets and perform land surveying missions without obstructions.

Unlike alternative Acecore drones, the Zoe Zetona is optimized to work with a limited number of high-end sensors such as the 60-megapixel Sony A7r IV mirrorless camera. This new system introduces a unique 2-axis Gremsy gimbal, capable of stabilizing the front mounted camera to eliminate vibrations in the images. The custom designed gimbal allowed Acecore to mount the camera in front of the drone’s body as opposed to a traditional underslung payload. This configuration gives operators the ability to tilt the gimbal from 90 degrees upwards to 90 degrees downwards without the drone’s frame obstructing the camera’s view.

Additionally, the Zoe Zetona introduces a new proprietary coaxial UAV motor that gives buyers the option to upgrade to a fully redundant propulsion system over the standard quadcopter configuration. Despite the extra hardware, the coaxial Acecore motor fits in the Zetona’s original housing keeping the system portable and easy to deploy.

“One of the biggest technical challenges we faced was giving the secondary camera operator control over the drone’s yaw movement to adjust the live camera view when inspecting an asset. In the end, we achieved this while ensuring the pilot in command remains in override control over the drone’s movements to guarantee a safe operation.” said Jorrit Linders, founder and CEO of Acecore.

Equal to the conventional Acecore Zoe, the Zoe Zetona is weather proofed and designed to perform in high winds circumstances such as offshore inspections. “Since we moved the payload to the front of the UAV, we had to move a lot of the drone’s components around to make sure this new system is well balanced and capable of handling all sorts of weather conditions our clients face” added Linders.

Watch the official launch video below: 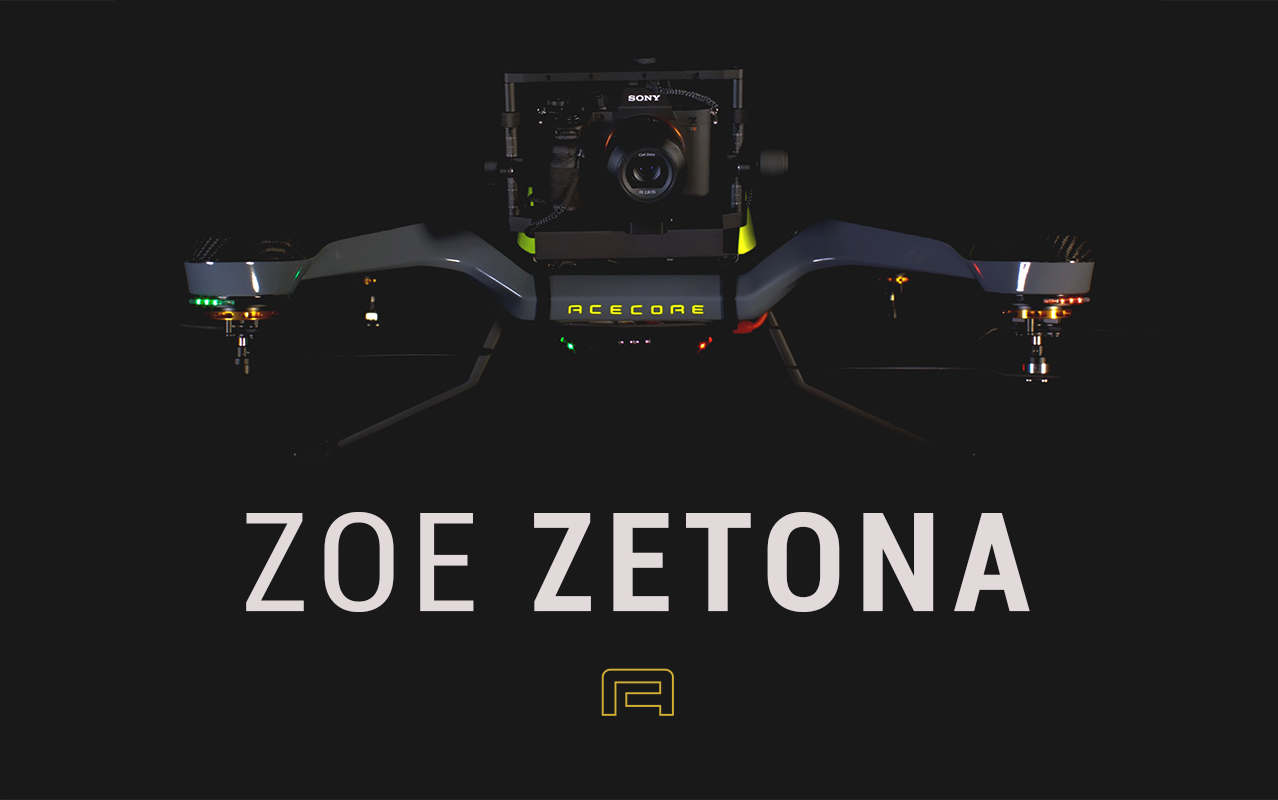 The Zoe Zetona is available today in combination with a seamlessly integrated Sony A7r IV camera, with more payload options to be added before the end of the year. For pricing information and personalized quotations, please use our contact page or send an email to sales@acecoretechnologies.com

We use cookies to ensure that we give you the best experience on our website. If you continue to use this site we will assume that you are happy with it.OK